Sometimes it just takes a bit of leadership.

Former prime minister Malcolm Turnbull likes to say that we must choose “engineering and economics” over “idiocy and ideology”.The New South Wales energy minister, Matt Kean, has been making the right choices.

In December 2018 I singled out NSW for its reckless lack of energy policy. The state, reliant on an ageing coal fleet for 80% of its power, had been shunned by energy investors.

NSW’s last coal power station was built in 1993, and on a per capita basis had the least utility-scale renewable energy both operational and under construction in the National Electricity Market. The state had no plans to reduce its heavy reliance on imported power from Queensland, and had suffered more significant “load shedding” blackouts than South Australia and Victoria put together. 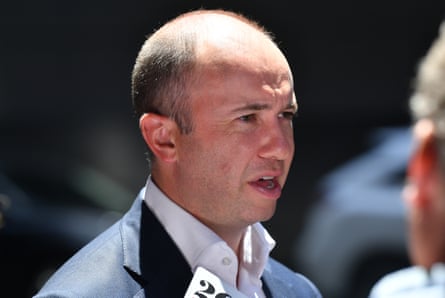 NSW is blessed with high-quality wind and solar resources, but lacks transmission lines between the best wind and solar areas and the state’s major population and industrial centres. In 2018, only one-in-20 proposed renewable energy projects could be accommodated into the weak grids in the west of the state, and developers were forced to turn their attention to the other states.

In a landmark speech late last year, Kean, the newly minted energy minister, made it clear his government would respond to the climate science and embrace the opportunities presented by decarbonising the economy.

“To those vested interests and ideologues who want to stand in the way of this transition, I say enjoy your Kodak moment,” he said.

Undeterred by attacks from the Murdoch media and even the prime minister, Scott Morrison, over the following months, Kean set about turning the tables in NSW.

Renewable energy development often runs into a “chicken and egg” problem: developers won’t build projects until there are transmission lines to take the power to consumers, and transmission companies can’t justify building lines until there are generators to connect. Good projects can sit on the shelf for years waiting for this stalemate to resolve.

Kean is short-circuiting the problem with the Australia’s first two renewable energy zones, or Rezs.

Under Kean’s Rez plan, the state is stepping in to facilitate the development of infrastructure to support 11 gigawatts of new renewables – 3GW in the central west, near Dubbo, and 11GW in the New England region. Both Rezs have excellent wind and solar resources, and opportunities for pumped hydro energy storage.

It’s almost a “build it and they will come” strategy, except the state is only spending $119m of its own money on planning and engineering design and will use federal funding to underwrite the infrastructure.

Under the plan, renewable energy developers will purchase access rights to the new infrastructure. With secure rights, developers can start building sooner and access cheaper capital, which will result in lower costs to supply energy.

The first central west Rez has ignited the renewable energy sector. When the state government put out a request for registrations of interest, it was nine times oversubscribed. A recent renewable investor confidence survey gave the highest score to NSW.

The New England Rez is expected to attract $12.7bn over the decade and, at a time when Covid has led to record unemployment, will bring very welcome jobs – 2,000 for the next decade, and 1,600 jobs ongoing.

What’s stunning is how much ambition has shifted, and how it’s being driven by the states. Just two years ago the modelling for Josh Frydenberg’s failed national energy guarantee predicted that NSW wouldn’t build a single wind or solar farm from 2021 to 2030. Now Kean has a plan to build as much large-scale renewable energy this decade in NSW as all of Australia built over the past 20 years.

The total output from the 11,000 megawatts of projects in the two Rezs will be very significant. By the end of the decade, the Rez could generate 40% as much energy as NSW currently generates from coal. Frequently, when the zones are enjoying favourable conditions, there will be periods where there’s no need for any coal power.

NSW’s coal power stations have some flexibility to adjust to changing demand, but with the influx of cheap, variable renewables it’s highly likely that coal retirement dates will be brought forward. Which begs the infamous question of how we’ll keep the lights on when “the wind don’t blow and the sun don’t shine”.

On electricity, the state energy ministers – right across the political spectrum – are charging ahead without Angus Taylor.

The Australian Energy Market Operator and CSIRO have determined that the cheapest way to “firm” the huge amounts of renewable energy is a relatively modest mix of better interconnections with neighbouring states, batteries and pumped hydroelectricity – Snowy 2.0 project and multiple smaller projects. On economic grounds alone, fossil gas is unlikely to play an increased role.

The Rezs will also open up opportunities for energy intensive industry. Flexible demand, such as hydrogen production, can help balance the grid. Instead of fracking the Pilliga forest to produce fertiliser with a huge carbon footprint, business could build a zero-carbon factory in the New England region, making fertiliser from renewable energy.

Angus Taylor, the federal minister for energy and emissions reductions, is famously no fan of renewable energy or of setting meaningful emissions reduction targets. On electricity, the state energy ministers – right across the political spectrum – are charging ahead without him, which is perhaps as it should be, given that electricity is the states’ responsibility.

But we mustn’t forget that electricity is responsible for only one-third of our emissions. If all our coal and fossil gas generators were replaced with clean alternatives, we still have more than 350 million tonnes of carbon dioxide emissions a year to remove from the economy.

Every state and territory has now formally signed on to a net-zero emissions target by no later than 2050, a target backed by business, unions and the opposition – yet the federal government and its donors stand in the way.

Australia has three Liberal state energy ministers. South Australia’s Dan van Holst Pellekaan wants to see his state hit 100% renewables by 2030. His Tasmanian counterpart, Guy Barnett, is gunning for 200% renewables and Kean has outlined a plan for NSW to be an energy superpower.

Sure, these energy ministers still need to deliver on their promises, but imagine if any one of them held the federal portfolio.